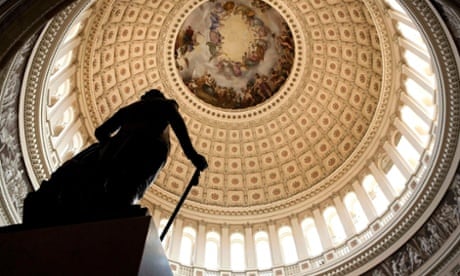 Beneath the US Capitol building there is one of the swankiest theatres in which I’ve screened my film, Terms and Conditions May Apply, to date.

The space is usually reserved for tours during the daytime, but at night if you have the magic key – a Congressman- movie magic can happen for Capitol Hill’s elite.

Our magic key was Congressman Justin Amash, a second-term representative from Michigan who made a splash this summer with his stance on government surveillance. He introduced a narrowly defeated amendment (205-217) that would have defunded the mass data collection that Section 215 of the FISA Amendments authorises. It has since become known as the Amash Amendment, and it was the first beacon of hope that Washington might reform the Patriot Act.

While introducing the film, the Congressman laid out a somewhat bleak view regarding his leadership role in the field of privacy, “Civil liberties have been my focus in Congress, maybe in some ways unintentionally, I wish there were more people who cared about civil liberties here.”

So how do you get Congressmen to care about privacy?